1/4
Age-related diseases, such as Alzheimer's, are ultimately caused by cell aging. In the case of Alzheimer's disease, glial cells age over time and trigger a cascade of pathology.

How Alzheimer's works
"A Unified Model Of Dementias And Age-Related Neurodegeneration" was published in Alzheimer's & Dementia in 2020, providing systematic explanation of how Alzheimer's works, a model that is consistent with all known clinical data, and which has accurately predicted the outcome of other trials, such as those focused on amyloid, tau proteins, and other clinical targets.

Central to the model is that cell aging drives the cascade of cellular pathology. Aging itself, as well as a host of other factors, push cells – such as microglia – to divide. As cells divide, their telomeres shorten, triggering gradual, but pervasive changes in gene expression. The result is a slowing of molecular turnover, permitting an increase in molecular damage, increasingly dysfunctional cells, and secondary problems in neurons that rely upon normal glial cell function. Glia become increasingly dysfunctional and unable to deal with Beta-amyloid, tau proteins, and other molecules that require clearance.
As a result of the accumulation of amyloid plaque the growth of tau tangles, and a host of other problems that result from cell aging, there is a gradual loss of the synaptic networks and neurons that underlies the age-related dementias, including Alzheimer's. Alzheimer's has been, until now, not only a personal tragedy, but a clinical enigma. Once we understand the disease, however, effective intervention can follow.

Using telomerase therapy, we can reset gene expression, allowing cells to clear the proteins that define the pathology, and reversing the pathology before it can progress. Human trials will administer a telomerase gene, which will relengthen telomeres within glia and neurons and reset gene expression. Never before has any therapy offered the potential to not only prevent, but potentially reverse Alzheimer's disease. Animal trials show that we can not only prevent, but reverse at least some of the CNS dysfunction.
UPSTREAM VARIABLES 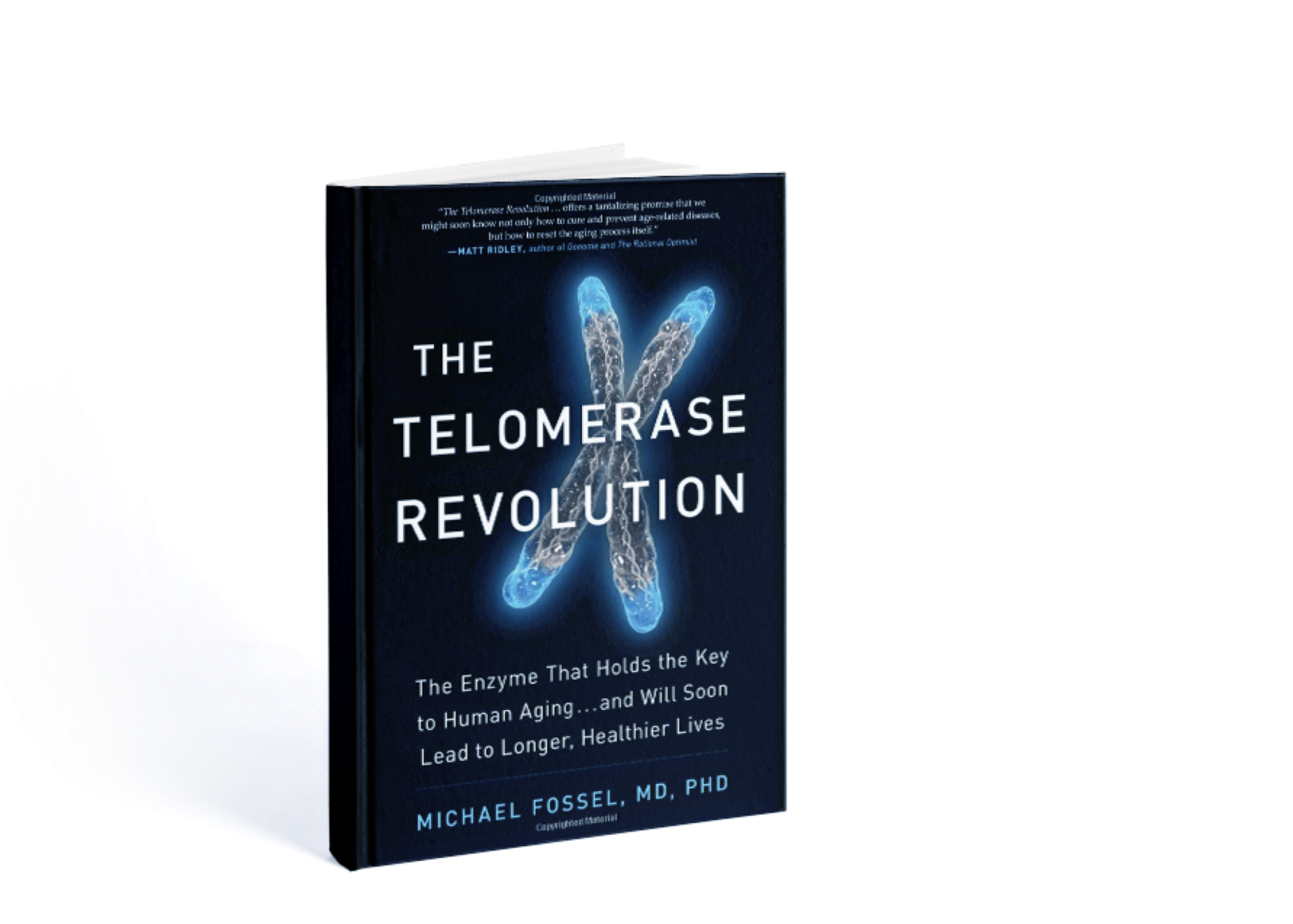 The Telomerase Revolution
Michael Fossel, MD, PhD BenBella Books, 2015
Meant for the general public, this book describes what we know about aging — and how to prevent and reverse age-related diseases using telomerase therapy. It takes the reader "to the front lines of the upcoming revolution in medicine" and gives us "a detailed but highly accessible scientific journey, providing startling insights into the nature of human aging". The Telomerase Revolution is the complete work on the latest science on human aging, covering both the theory and the clinical implications.
BUY THE BOOK 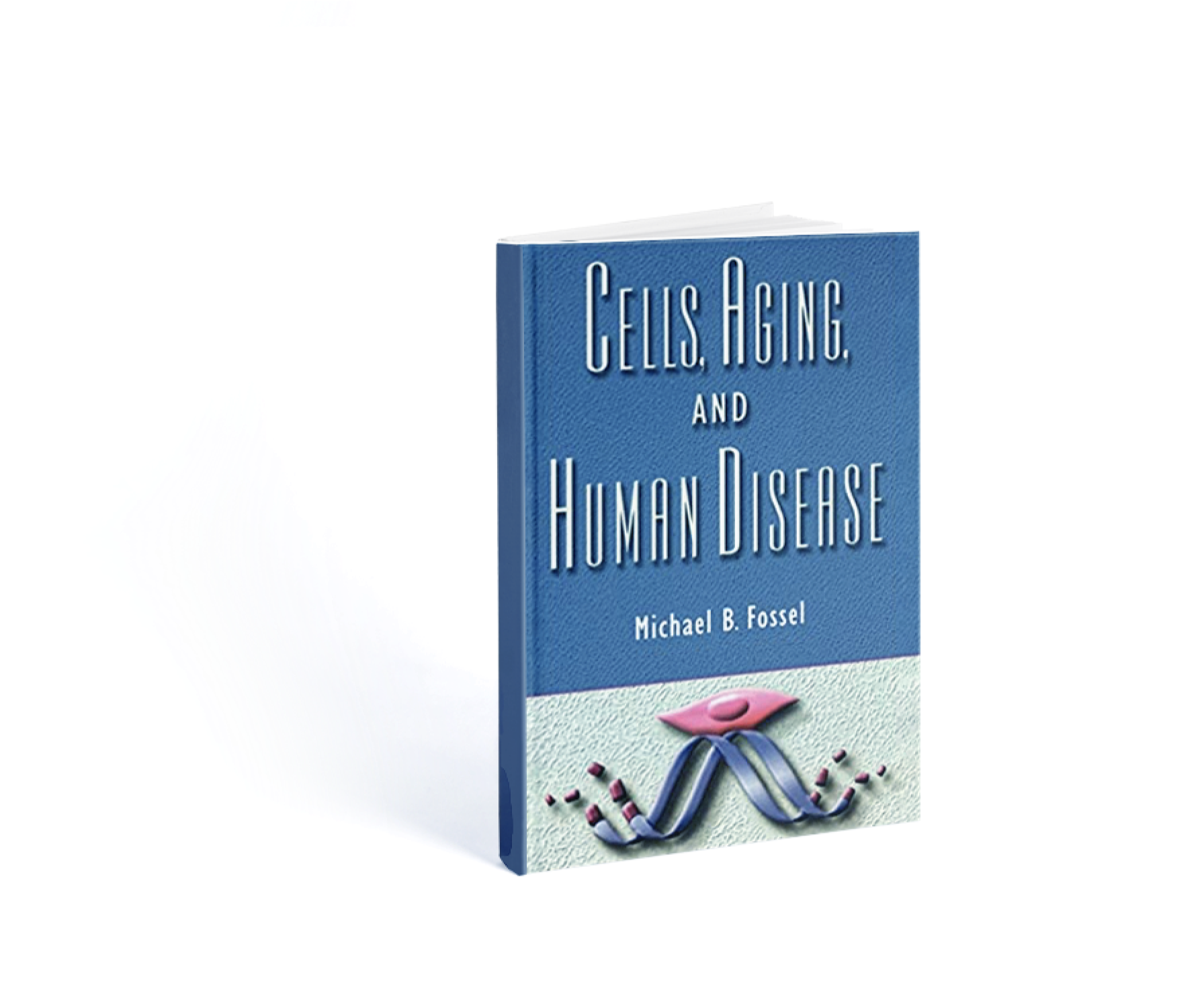 Far from merely sharing a common onset late in the lifespan, age-related diseases are linked by fundamental common characteristics at the genetic and cellular levels. Emphasizing human cell mechanisms, the first section presents and analyzes our current knowledge of telomere biology and cell senescence. In superb academic detail, the text brings the reader up to date on telomere maintenance, telomerase dynamics, and current research on cell senescence--and the general model--cell senescence as the central component in human senescence and cancer. For each human malignancy, the chapter reviews and analyzes all available data on telomeres and telomerase, as well as summarizing current work on their clinical application in both diagnosis and cancer therapy.

The second edition, oriented by organs and tissues, explores the actual physiological impact of cell senescence and aging on clinical disease. After a summary of the literature on early aging syndromes--the progerias--the text reviews aging diseases (Alzheimer's dementia, osteoarthritis, atherosclerosis, immune aging, presbyopia, sarcopenia, etc.) in the context of the tissues in which they occur. Each of the ten clinical chapters--skin, cardiovascular system, bone and joints, hematopoietic and immune systems, endocrine, CNS, renal, muscle, GI, and eyes--examines what we know of their pathology, the role of cell senescence, and medical interventions, both current and potential.

This article reviews the role of telomeres in age-related disease and discusses the potential of telomere-base clinical interventions.
Cell Senescence, Telomerase, and Senolytic Therapy

This article explains why telomere length can drive disease, yet the naïve use of telomeres as a biomarker can be difficult, if not actually misleading.
A Unified Model of Age-Related Disease
Effective clinical intervention requires an understanding of disease processes. This article reviews the requirements for a model and its clinical implications.

A unified model of dementias and age‐related neurodegeneration

Telomerase and Cancer: A Complex Relationship
This review defines the complex relationship between telomerase, telomere length, and the risk of carcinogenesis. Data suggest that telomerase therapy may well prove protective in clinical trials.